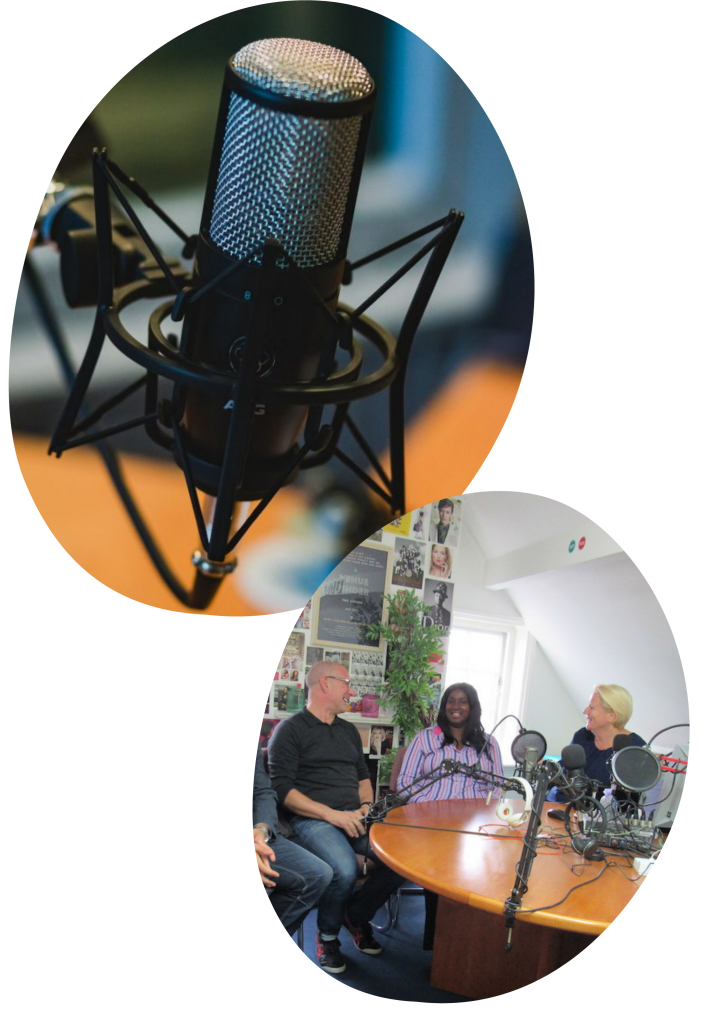 DiverCity™ Podcast is a series of podcasts designed to explore the field of diversity and inclusion in financial services.

In each episode we invite guests with a range of corporate, commercial and personal experiences to discuss the importance of diversity and inclusion and offer practical insights designed to encourage and inspire others to drive even greater change in this field. We examine areas where we have seen effective change, as well as areas where further focus is required. The podcast spans banking, finance, capital markets, entrepreneurship, investment, technology, human resources and government policy.

Julia Streets is the host and executive producer. In addition to her day job as founder & CEO of Streets Consulting, the business development, marketing and communications consultancy, Julia is also a stand up comedian, auctioneer and writer. She brings this to you with Cynthia Akinsanya and Amanda Orchard who have been tirelessly researching, booking, marketing and promoting the podcasts and now produced by Roshan Roberts. You can find more information on each team member below.

We hope you enjoy the podcasts and find them useful, and if you have any research you’d like to share, ideas you’d like to hear discussed or guests you’d like us to invite, we’d love to hear from you!

Prior to founding Streets Consulting in 2008, Julia was global head of communications at NYSE Technologies, serving on the Executive Committee and European head of marketing and sales development at Instinet.

A stand-up comedian, Julia is the author of The Lingua Franca of the Corporate Banker, a light-hearted book lampooning corporate jargon. She is frequently called upon to speak at or MC public and private events, including royal gala dinners and City awards, using her platform to discuss fintech innovation, diversity and inclusion. Julia also takes part in smaller literary and cultural festivals, including a number of appearances at the Edinburgh Fringe comedy festival and London’s iconic Comedy Store. A regular on BBC radio, Julia has been featured on BBC Radio 4’s Today Programme, and in a wide range of national, city and regional press.

This year Julia and her team launched a communications confidence building programme Executive Shine coaching professionals from across the industry in how to be heard and command presence in meeting rooms, on conference calls, on stages, panels and as a compelling speaker.

Julia is proud to serve as a trustee of the charity ‘Children in Crisis’ and is a Fellow of the British American Project.

Cynthia Akinsanya is our Content Manager, looking after the logistics of Divercity™ Podcast. She has a background in marketing and communications in the not-for-profit sector. Cynthia is a keen football fan, as the beautiful game crosses many boundaries to bring people together.

Roshan Roberts is our Podcast Producer for the Divercity™ Podcast. She has a background in radio, journalism and podcasting and is often found both in front of and behind the mic. She’s passionate about telling stories on multi-platforms and is the self-proclaimed number 1 fan of Eastenders.

Diversity in the Finance sector should never be a tick-box exercise. At DiverCity Podcast we will bring to light best practice in Diversity and Inclusion initiatives in an effort to inspire and drive change.

We use cookies on our website to give you the most relevant experience by remembering your preferences and repeat visits. By clicking “Accept All”, you consent to the use of ALL the cookies. However, you may visit "Cookie Settings" to provide a controlled consent.
Cookie SettingsAccept All
Manage consent

This website uses cookies to improve your experience while you navigate through the website. Out of these, the cookies that are categorized as necessary are stored on your browser as they are essential for the working of basic functionalities of the website. We also use third-party cookies that help us analyze and understand how you use this website. These cookies will be stored in your browser only with your consent. You also have the option to opt-out of these cookies. But opting out of some of these cookies may affect your browsing experience.
Necessary Always Enabled
Necessary cookies are absolutely essential for the website to function properly. These cookies ensure basic functionalities and security features of the website, anonymously.
Functional
Functional cookies help to perform certain functionalities like sharing the content of the website on social media platforms, collect feedbacks, and other third-party features.
Performance
Performance cookies are used to understand and analyze the key performance indexes of the website which helps in delivering a better user experience for the visitors.
Analytics
Analytical cookies are used to understand how visitors interact with the website. These cookies help provide information on metrics the number of visitors, bounce rate, traffic source, etc.
Advertisement
Advertisement cookies are used to provide visitors with relevant ads and marketing campaigns. These cookies track visitors across websites and collect information to provide customized ads.
Others
Other uncategorized cookies are those that are being analyzed and have not been classified into a category as yet.
SAVE & ACCEPT